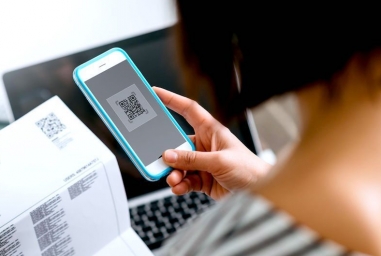 Invented in 1994, QR Codes were originally designed by Toyota subsidiary Denzo Wave to track vehicles and parts during the manufacturing process. Since then, Quick Response Codes have evolved and are used today as a connection between the physical and digital world.

QR Codes are two-dimensional square barcodes that store information and data. They are easy to scan and accessible from any direction, and they store up to a hundred times more information than a conventional barcode. Despite the great advantages QR codes offer, they never gained huge attraction due to the lack of technology to scan them on a cellphone, and let's be honest, they're not always super attractive. However, the popularity of QR Codes soared when Apple added native support through its iOS 11 operating system. This allowed QR Code scanning abilities directly through the camera rather than requiring an additional QR scan app. Android followed suit, also adding a feature to scan QR codes directly through the camera.

Today, businesses can use QR Codes for marketing opportunities. From providing additional product information to bringing ads to life or directing customers to a landing page, QR Codes are officially making a comeback in 2019. Large companies such as Nike and Amazon are jumping on the QR Code bandwagon, using this technology to teach customers more about the products they offer. As an easy-to-use technology, printed QR Codes on posters, packaging, direct mailings, etc adds an interactive element and combines print and digital worlds. They are frequently used to drive traffic to a website, receive directions to a location, or download contact information through a vCard.

QR Code generators are available online, and can be customizable based on a variety of colors, designs, and even the ability to add your logo to the barcode. Add a new tool to your next print or marketing campaigns with QR Codes!