Yes, many brands have taken to Snapchat to connect with consumers.

Audi teamed with The Union to Snapchat the Super Bowl in February and grew its following by 5,500 in three hours. GrubHub uses Snapchat to post internship opportunities for students. Heineken uses the app to show exclusive information to its followers, like it did in 2014 at Coachella to send clues to special celebrity appearances. Finally, the NBA uses Snapchat to show behind-the-scenes footage of events, like the 2014 NBA Draft.

Starting to understand how this could be useful for businesses?

60 million people have Snapchat downloaded on their mobile device. 30 million of those are active monthly users.

Sumpto, a marketing company which works with 50,000 influential college students, conducted a survey on the uses of Snapchat and the results were astounding. Check out our infographic for the results. 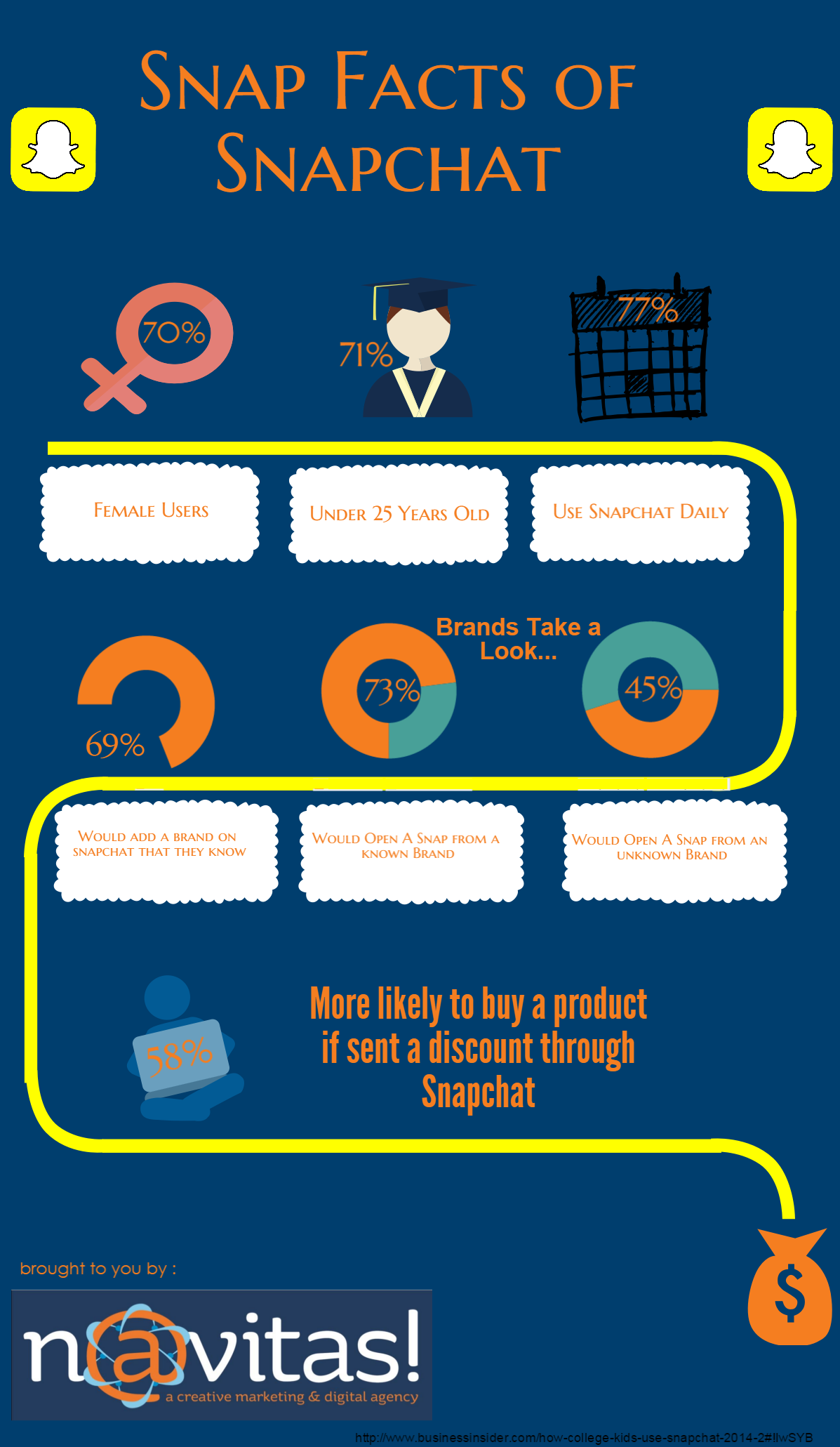 Snapchat is mostly powered by millennials, and millennials are out to find new, exclusive information. This makes Snapchat a perfect tool for companies to showcase information for brand loyal consumers, or to develop loyalty from their potential consumers.

16 Handles, a New York-based frozen yogurt chain, uses Snapchat to send discounts to its customers. Why use Snapchat for this? It increases brand awareness.  You must leave the message in your inbox until you are at the store’s location since the photo can only be viewed for up to ten seconds. A Snapchat might be in someone’s inbox for a week before it is opened, but the user continues to see 16 Handles’ name as they wait to open it, establishing repetition and furthering brand awareness.

People are probably wondering “why can’t I just screenshot the photo and store it?” That answer is simple: If you screenshot the photo, then you’d be able to use the discount over and over again, and stores like 16 Handles need to restrict this from potentially happening.

Sales promotions are only the tip of the iceberg for companies using Snapchat.  Think about doing marketing research with Snapchat! Let me explain…

If a company wants to launch a new product, but doesn’t have the resources to do extensive research, it can post a Snapchat of its potential products and have its fans screenshot the photo and count each screenshot as a vote (yes, if you screenshot an image on Snapchat, the originator will be told you’ve done that). Brands with thousands of followers would get relatively accurate information regarding which product its customers would like.

Are you currently on Snapchat and following any local or national brands? What was their hook to convince you to follow them, or what have you seen that’s turned you off? I’d love to hear about your experience!