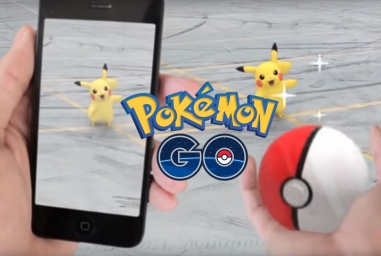 How Pokemon Go Could Be BIG For Your Business

Recently, you may have noticed more people wandering around outside.  Friends, co-workers, family members, and complete strangers going for long walks, and of course, taking their phones with them. This sudden surge of physical activity is courtesy of a new game, Pokemon Go, and if you’re smart, you can leverage the game’s popularity into more traffic for your business.

The idea behind Pokemon Go is simple; The game runs off an augmented reality heads-up display using your phone’s camera and GPS, so as you walk around, Pokemon appear and you attempt to catch them.  The Pokemon can be anywhere, from your bedroom, to national monuments, to yes, even brick and mortar stores. Local landmarks and businesses are often turned into either PokeGyms (where you can train your Pokemon and battle other players) or PokeStops (where you can stock up on free accessories in game and collect rewards.) Foot traffic has increased at all hours of the day around these locations, and some businesses have taken advantage of being near, or one of these locations, offering Pokemon themed discounts to players.

At the moment, there is no way for a business to request or apply to become a PokeStop or PokeGym; these locations seem to have been selected by the App’s developer with a combination of Google Maps and a private algorithm.  But this doesn’t mean that you cannot use that game to your marketing advantage, and for extremely low cost.  Right now, the game presents more B2C opportunities, rather than B2B, but the ROI could be enormous. Here’s how:

If your business is a Pokestop (or close to one) you can purchase “lures” in-game.  Lures increase the Pokemon generation at the Pokestop for a 30 minute span. While this does not sound like much, businesses who have done this have watched foot traffic increase greatly during this time, for insanely cheap.  (WARNING: Math ahead)

That’s it. One dollar and nineteen cents per hour to bring in countless players to your location.  If your location is NOT a Pokestop, then take your business to one.  Set up a display of items your business has for sale in a park, or bring samples of your restaurant’s food.  Creativity is the key (but also make sure you don’t break any of your locality’s solicitation laws).

And of course, don’t forget social media; posting on your company’s social media page about the Pokemon in and around your business, or even promoting a time when you’ll drop a lure and tie it to a limited time discount can increase the foot traffic into your location as well, and hopefully create new, return customers.

Sure, having people walk in and out of your store with their nose buried in their phone can seem annoying, but it can also be a great way to win new customers with the right attitude and message, and smart planning… all from what’s the biggest game on the planet at the moment.